The Univox Super-Fuzz is a fuzzbox sold by the Univox company in the US and several other brand names around the world, primarily for use with the electric guitar or bass. Super-Fuzz pedals have become highly sought after, and have developed a fanatical following, exalted by many as the "Holy Grail" of fuzz pedals.
The circuit was designed in the late 1960s by the Japanese company Shin-ei, (who also produced another well known fuzz box, the Shin-ei Companion FY-2) and manufactured in Japan by Unicord. The first Super-Fuzzes were made in 1968, and production continued until the late 70s.

The first units were made in a simple stamped sheet metal box, painted grey, with a blue Univox sticker on the top. Around 1970 production was changed to a die-cast metal box, with a large pedal featuring a rubber cover that had the words "Super-Fuzz" embossed on it. The first die cast units were either grey or black, with a green or black foot pedal. Around 1973 or so, they were all produced with an orange pedal, with a green or blue foot pedal. The later models also featured an internal trim pot for controlling the octave balance.
Although the Univox is the most well known incarnation of this circuit, Shin Ei licensed this circuit out to dozens of manufacturers, including Ibanez, Apollo, Companion, Shaftsbury, Mica, JAX, Kent, Teisco, Marlboro, Royal, and many others.
We stock several versions of this GREAT fuzz inc our own versions made here in Brisbane. 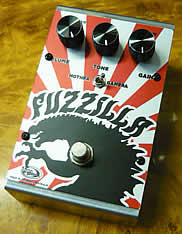 The Tym Fuzzilla : This is my homage to the GREAT Companion/Shen-ei FY2 using 2 old stock C945 transistors. This pedal was THE original Japanese fuzz pedal also sold as the original Univox Superfuzz in the US. We have added a toggle switch for "Mothra" or "Gamera" which goes from std FY2 with a slight boost to bring it up to bypass volume (the original dropped in volume like most early fuzzes) to an FY2 with tone control and more boost. Volume and gain are the only other things you'll need. 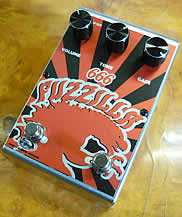 The Fuzzilla 666 : This is my copy of the GREAT Univox Superfuzz using 6, count 'em 6 C945 or 828 transistors. This pedal was the Japanese designed fuzz pedal that was sold as the now famous second series Univox Superfuzz in the US. I have added a footswitch for octave. The "tone" control is for the octave to find the "sweet spot" 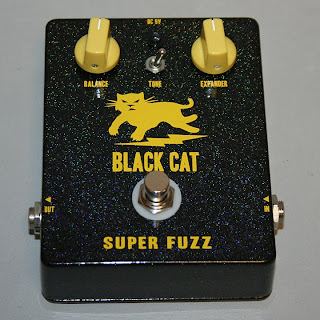 The Black Cat Super Fuzz : This is a modern recreation of the original Univox Super Fuzz pedal that was made in Japan by Shin-ei in the seventies. The Super Fuzz, in its various iterations, has developed a cult following over the years and is now more popular than ever. Part of its distinct sound is derived from its two-stage octave doubling circuit — beneath the massive torrent of fuzz is a hint of upper octave; not quite as prominent as an Octavia, but definitely noticeable. The Black Cat Super Fuzz has been used by the Beastie Boys and J. Mascis. 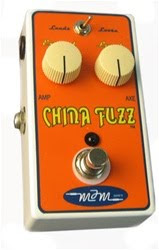 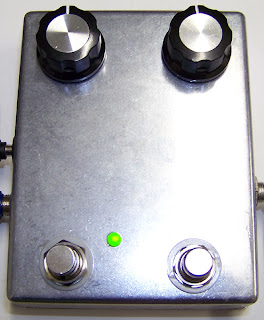 Mike's Gear Garage Super6Slant : This from Mike's site. "So this, in my opinion, is the mothership! From what I've heard, nothing sounds quiet like a Univox Super-Fuzz. Well that's what I thought. I have managed to finally A/B the Slant6Super with a real Univox Super-Fuzz (the orange one) It's so damn close I have to say that I was very pleasantly surprised. This is the first time that I have laid eyes on a real Super and being able to say that they are sonically, so close to identical, is pretty pleasing! As you can see, they're practical, not pretty!" 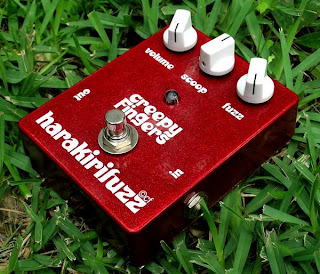 There's a good reason this pedal has been copied by so many people. It's a GREAT GREAT FUZZ.